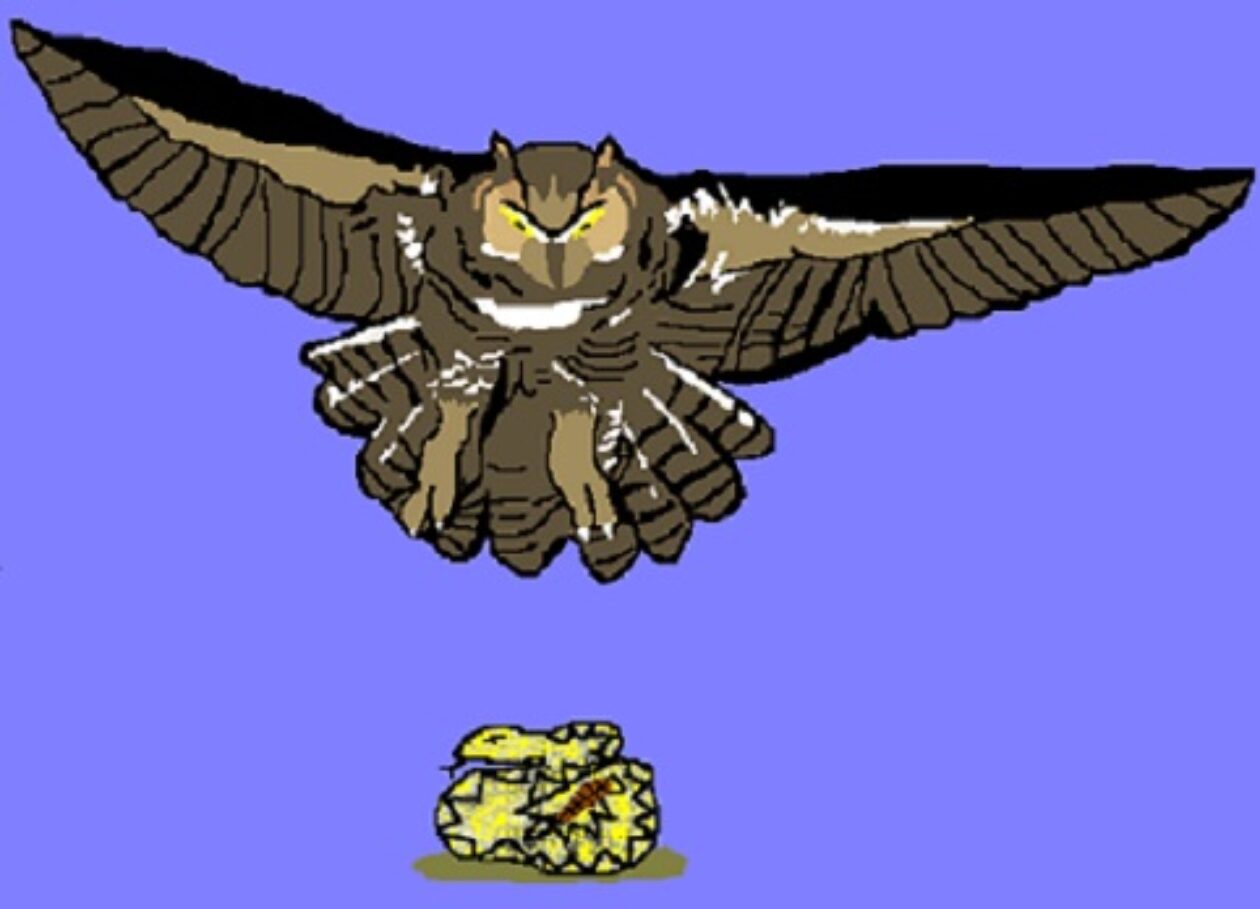 He was well liked because he was a most beautiful reptile, and that was no accident either.

Wally Chuckwalla was the most popular lizard in the desert, and that was no accident.

Wally had a secret that made him attractive, and therefore, beloved.

He loved flowers more than anything else on this earth.

What do flowers have to do with anything? you ask.

Well, let me tell you the story of Wally Chuckwalla:

When he was a wee lizard, no bigger than a gecko, Wally chanced upon a flower bed. He admired the bright blooms, and then he walked over and ate a petal.

That was when he fell in love. Totally in love.

Wally had yet to find the color he could resist.

Sometimes he devoured a blossom in one bite. Sometimes he ate it in smaller bites to savor the taste.

Oh, how he loved the bright hues, which were much like him, brilliant.

Wally sported a splendorous hide that attracted the mountain’s wildlife. Even coyotes were nice to him.

Wally’s scarlet band outshone every hide in the desert.

Wally believed the colors he consumed were reflected in his unique hide.

His popularity depended on his enormous appetite for flowers.

A gigantic appetite the size of a Komodo dragon at least.

Wally especially treasured the red geraniums the woman in the big house grew. He was convinced the red flowers held the magic that made him beautiful.

He was sure the woman grew her plants just for him, so he helped himself to her garden and flowerbeds.

The woman too, admired the chuckwalla. Whenever their paths crossed, she stopped and watched him or filmed him with her phone. Wally had no way of knowing he was a Facebook favorite.

One day, Wally took his time and savored the red petals. Three flowers, that was all he ate, for if he got greedy, his bounty would soon be gone, and then how could he ever maintain his complexion, and consequently, his popularity?

Wally gorged himself on some yellow-orange squash blossoms in the garden, then headed home to lounge on the volcanic rocks overseeing the saguaro-studded valley below.

He crawled among the black rocks, seeking the ideal basking temperature, which for a chuckwalla is 105 degrees.

Wally found his spot and draped himself on the rock. He noticed a movement below.

There, partially hidden under a rock, was Chucky Chuckwalla.

“Chucky, why are you hiding?” Wally yelled to his brother. “You’re supposed to be on top of the rock catching rays bro.”

Chucky poked his head out, but he wouldn’t look Wally in the eyes. Avoiding Wally’s gaze was Chucky’s most annoying habit, and he did it to every creature on the rocks. It was no wonder he was unpopular.

It was true Chucky didn’t have the brightest colors. His hide was mottled and rather dull. The color of young rust.

Chucky was a loner who avoided any sign of life. Chucky was depressed.

Chucky cried more. “Look at you. Everybody loves you, and you have that beautiful scarlet back. I’m ugly, ugly, ugly.”

You aren’t lying about that, Wally thought, and then he felt immediate shame for his cruel thoughts.

Wally wanted to be a compassionate lizard, and he realized his secret could help Chucky.

But revealing the power of the red flowers meant fewer blossoms for Wally. He couldn’t risk that.

Chucky was as forlorn a reptile as a reptile could be. Wally felt sorry for his brother.

He thought of his father, as noble a lizard as had ever lived.

His father told him that there comes a time in a chuckwalla’s life when it must decide what type of lizard it is.

“Will you be a greedy, self-centered reptile? Or will you be compassionate?” his father asked. “Will you sacrifice for your neighbors? Will you be your brother’s keeper?”

Did his father anticipate this day? Wally wondered.

Of course this was the day of which his father spoke. It was time for Wally to choose.

Wally wrestled with the dilemma of whether to share with his brother.

He led his brother to his red flowers, told him about the magic of the colors and warned him against gluttony, one of the seven deadly sins.

And you know what happened?

After two weeks of eating flowers, including some bright yellow goldenrod in the nice woman’s back yard, which Chucky preferred, his rusty spots began to shine with a golden luster unknown to other chuckwallas.

The desert animals began to admire Chucky’s unique design, which sparkled and resembled the constellations in the night sky.

With newfound popularity, Chucky discovered confidence, and he was finally able to look a reptile in the eyes without feeling inadequate and ashamed.

Chucky found his own magic in the honey the goldenrod offered. He didn’t need Wally’s flowers.

Wally continued to eat his red petals, and his back shone ever brighter.

Wally chose who he was. He was a compassionate and selfless lizard who saved his brother from a life of torment, much to the delight of his mother.

And you know what else?

Ironically, his sacrifice for Chucky left him feeling better than he had felt before.

He decided to help any desert creature that needed him. His fellow reptiles loved him even more now, and all noticed that his colorful band shimmered with the light of goodness.

Moral: Selflessness is the light that makes us shine.

* The photo of Chucky Chuckwalla, by wildlife ecologist and conservation biologist Andrew DuBois, was taken Aug. 18, 2017. The photo is featured in two albums called “ Lizards ” and “Sauromalus ater” by DuBois.
The photo is used under a Creative Commons license. The story is not endorsed by DuBois, but FabulousFables.com would like to express its admiration for the excellent wildlife photos taken by DuBois. Visit his website here.

The photo of Wally Chuckwalla was taken by David Madrid, creator of FabulousFables.com.