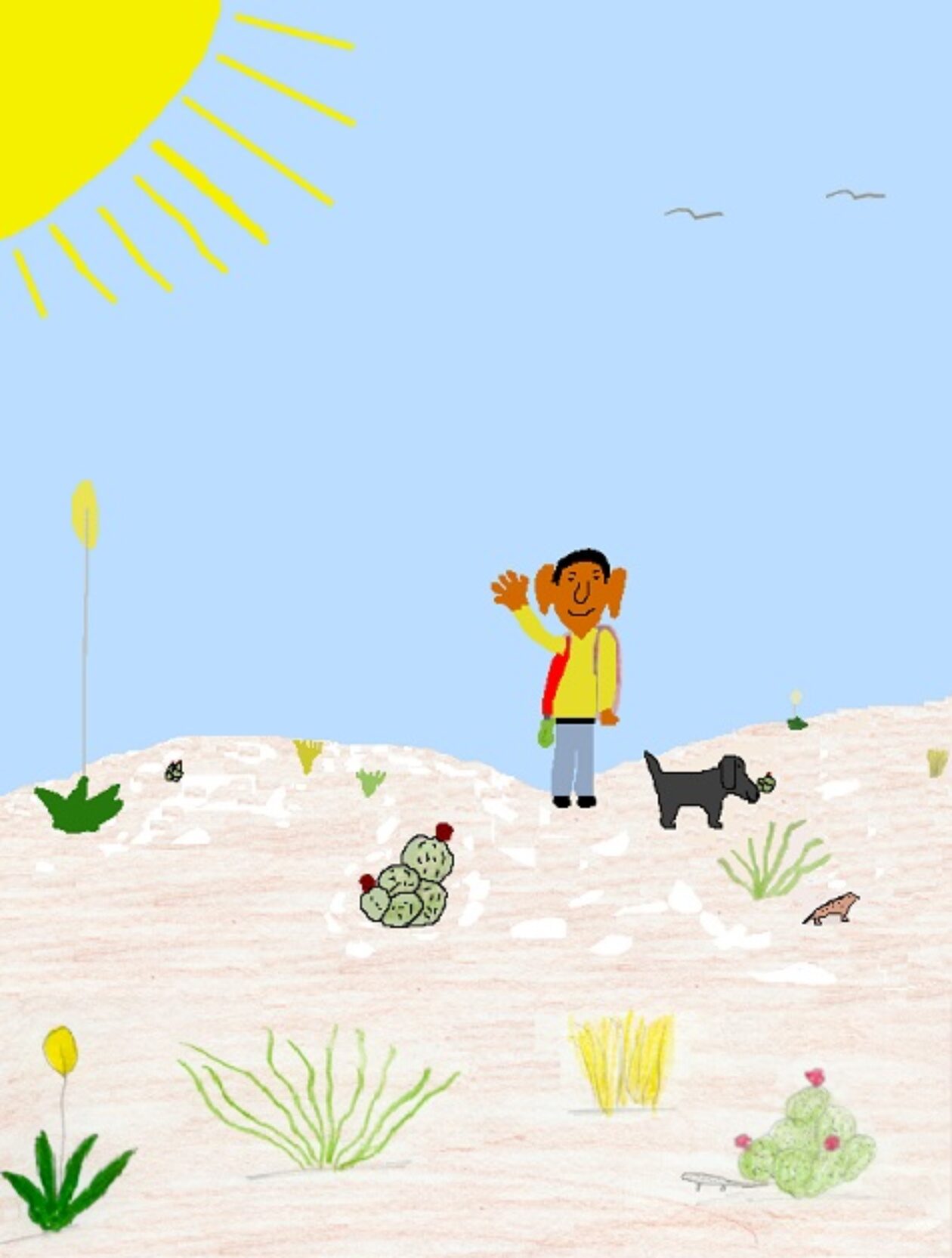 Burrowing Owl cursed up a storm.

He swore up and he swore down.

Burrowing Owl thought he was cool with the girls because he cussed. 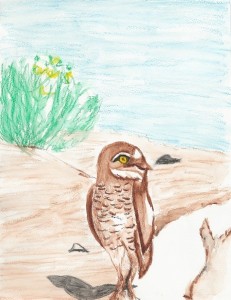 He started cursing when he was a wee owl, no bigger than a nickel. He didn’t use foul language in front of his parents, because he would get in trouble for that, but give him an opportunity to cast an obscenity and look out.

He loved to shock friends and strangers alike with carelessly thrown obscenities.

The little owl grew older, and finally, he was old enough to hunt. This was a great day in an owl’s life. It was especially important for Burrowing Owl who had to prove himself because of his small size. He also needed a lot to eat.

The first day of his hunt, Burrowing Owl took up his position next to the ditch that ran along an alfalfa field. He hunted for little rodents, big insects and lizards.

As he chowed on a tasty green grasshopper, two little humans approached walking along the ditch. They threw rocks and made a racket. They would chase his prey away, Burrowing Owl figured. 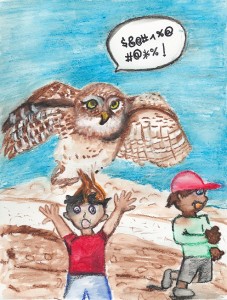 The little owl flew above the boys and let loose a string of profanity.

The rest of the cuss words are too vile to print here, my dear friends.

Let us just say the little owl unloaded years of practiced curses and profane phrases. He was proud of his cursing prowess.

The boys blushed. Never had they heard such language, especially from one of the little owls that lived in the holes next to the fields. The boys imagined the little raptors their friends.

As they ran home, the boys wondered why the little owl cursed them so? 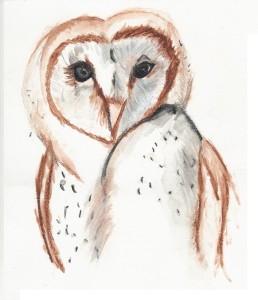 When Burrowing Owl returned to the hunt, Barn Owl was waiting.

“Why did you cuss out those little boys?” Barn Owl asked.

“They were disturbing the prey,” Burrowing Owl replied.

“The prey is accustomed to little boys,” Barn Owl said. “What they aren’t used to is such disgusting profanity. You are the one who scared your food away.”

Barn Owl was correct; Burrowing Owl had frightened his prey away. The little owl went to bed hungry that night. He learned a hard lesson that day and vowed not to curse again.

But the foul-mouthed little owl couldn’t stop cussing. The dirty words slipped in when he talked to other owls, when he hunted, occasionally in the presence of his parents.

Barn Owl took him aside and told him that the other owls didn’t think his bad language was cool, and contrary  to Burrowing Owl’s delusion, the girls did not like to hear bad words.

Burrowing Owl tried and tried and tried but he just couldn’t cure his potty mouth. It took years for him to reduce his cursing considerably, but still, occasionally, a cuss word slips in.

Moral: Bad habits are easily begun, but not so easily ended.